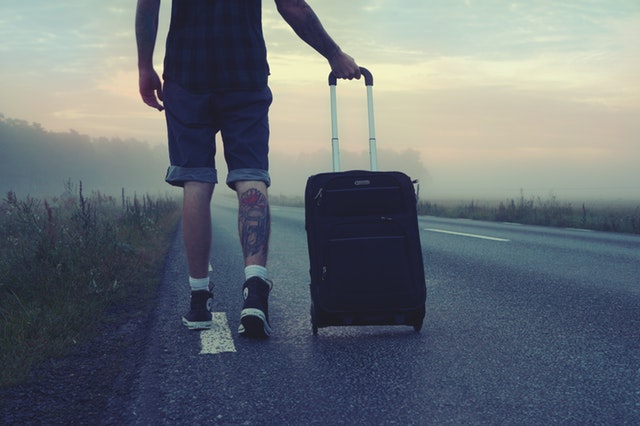 First off, Happy New Year! I hope that you had a great Holiday Season and an even better New Year!

NOW, for a quick story about my New Year’s quick trip down to LA…

I went down to LA with some friends to catch the 49ers play the Rams at the LA Coliseum. Conveniently the next day was New Year’s Eve, so when we planned this trip back in Summer Jimmy G was still healthy and it looked like the 9ers would be able to make it a competitive game. As any other Faithful knows; the season didn’t unfold the way we had originally hoped. But I digress. Since we were in LA, we figured we might as well catch the Rosebowl Parade and other local attractions like the up and coming Arts District of LA right next to little Tokyo which just so happened to have quite a few microbreweries.

The picture you see below is of my good friend and Co-Host from WhatUp & EatUp Silicon Valley, Sergio Oliveri.

We were literally crossing the street on our way back to our hotel after checking out the Rosebowl Parade on New Year’s Day in Pasadena. I took one look at Serg and was like “wow, I need to capture this”.

Believe it or not that was a gameday giveaway from a game last season. Therefore, it is considered “Swag”.

From time to time I’ll get jackets made for the team members at WhatUp Silicon Valley; another Swag item.

It’s a bit hard to see but underneath Sergio’s cell phone he has a WhatUp branded OrigAudio TenFour charger. This is actually my favorite charger as it can charge up to 3 phones at once and has an mAh power of 10,400! Another Swag item = another example of how Swag Works!

In the Fall of 2017, our company had it’s annual client mini trade show at Scott’s Seafood and one of the items we handed out was this branded cable cord. The picture wasn’t highlighting the cable cord, so, it’s actually very hard to see. Here’s a link of the item to get a better view. The point here is that this item is over 2 years old and the recipient is still traveling with it!

Swag Works. There’s no doubt about it, it’s just a question of how we can make Swag work for you.

To get started on a project, just email me at Sam@SwagWorx.com.

How are you going to make Swag work for you?